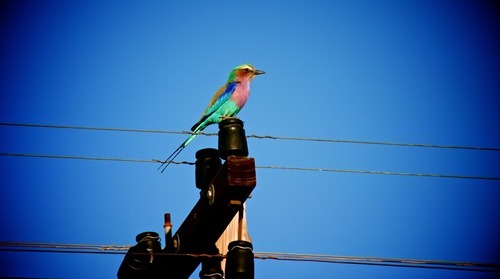 I have had the good fortune to grow up in a world (or a bubble) that didn’t care about the sexual orientation of the people around me. My first boss was gay and I didn’t even realise that until years later. Today Tim Cook posted on BloombergBusinessweek that he is proud to be gay. He paints a big picture that includes Dr. Martin Luther King, the creativity at Apple and the simple fact that his public statement might just help many others that don’t have the courage to come out or don’t have the “skin of a rhinoceros”.

The post by Cook made me think about why we focus so much on one detail in a person’s life anyway. Cook highlights the many dimensions of his personality including being “an engineer, an uncle, a nature lover, a fitness nut, a son of the South, a sports fanatic, and many other things.” This touches on a basic thing we should all realise, if gay means being different, aren’t we all gay? In my case I am a minister in Church, have four kids, a German running a US company and might be among the last three people in the world that still hope the Chicago Cubs might win the World Series one day. Neither of those dimensions alone define me and so shouldn’t my sexual orientation.

We Are All Gay

Lets face it, we’re all “different” on some level. But isn’t that something to embrace? And even if we disagree on that, are those differences really worth fighting over? I recall my first day at Sitrion, when the developers took me out for lunch. We could simply all agree that ribs are awesome. Sure, at home I like green smoothies and try to teach my kids that sugar is not a vegetable. And while I am pretty much the opposite of a developer, in that very moment, our preferences overlapped and we enjoyed time together. When I buy an iPhone, I don’t care if the engineer shares my appreciation of a large family or prefers to be single and travel the world. I simply admire the great work of some very creative people.

Bring Your best Self to Work

Just today I talked to Nancy, my Chief People Office and a good friend that helps me to see things from many different angles. She pointed out that people can’t be happy nor productive if they have to invest too much energy pretending to be somebody they’re not. She referred to a trusted friend of hers that always encouraged everyone to bring their best self to work. Whatever you are at home is what you should be at work. Just think how sad it is to see gay colleagues with pictures of their dogs on their desk instead of their partners. How could we ever achieve greatness if we’re not appreciating greatness regardless of where it comes from.